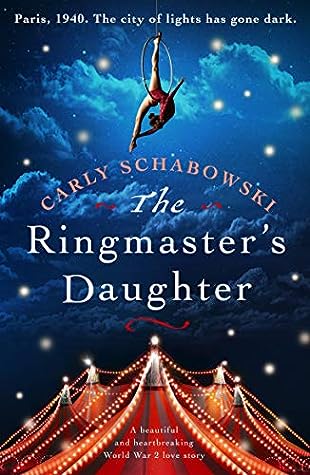 Circus people don’t ask who you were before, or what god you believe in – when you join the circus, you are family, whatever your past.

Paris, 1940. Twenty-year-old Michel Bonnet lives on the edge of the law, finding work where he can breaking in horses on the outskirts of the city. But when the Nazis invade, Michel takes refuge as a stowaway on a rickety train bound for the rural south. It’s a journey that will change his life forever.

The train is property of Le Cirque Neumann – a travelling circus owned by the troubled and irritable showman Werner Neumann. Neumann offers Michel a job caring for the company’s horses – a lucky break, but with an unusual condition attached. Michel must keep to himself and never speak of what he sees behind the glittering curtain of the big top.

But as Michel finds himself pulled into the strange and wondrous world of the great spectacular it becomes more difficult to keep his promise. Why does the man with the performing monkey never speak, and the sword swallower turn his face away? Who are the silent, shadowy figures who flit like moths between the wagons when the sun is down? It’s clear that Neumann is keeping his performers hidden away… but why? And how can Michel win the love of the beautiful and exotic trapeze artist Freida – the graceful, green-eyed star of Neuman’s spectacular – when he’s been forbidden to even meet her gaze?

An emotional and uplifting wartime novel – perfect for fans of Water for Elephants, The Nightingale and The Tattooist of Auschwitz